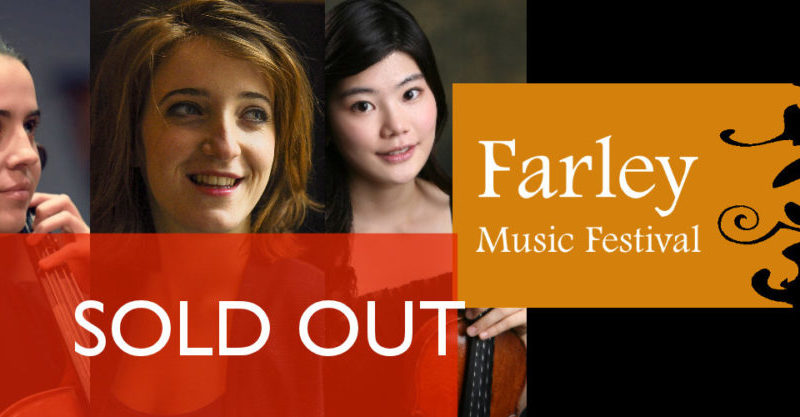 This concert is now SOLD OUT.  Tickets for concerts earlier in the week may still be available.

Balog. The group is a versatile ensemble which can be expanded, but in this concert, Alexandra is joined by the Korean Violinist Jane Kim and the Hungarian Cellist Réka Adorjáni in an attractive programme comprising Beethoven’s magnificent Appassionata Sonata, Chopin’s Polonaise for Cello and Piano and Brahms’s beautiful first piano trio.

IYS consists of highly talented instrumentalists, sourced from the most prestigious conservatories in Europe. The concept of IYS is to enhance its members’ solo and orchestral experience by giving each and every member the opportunity to perform concerti with distinguished conductors in prominent halls. IYS is based in Budapest, London, Paris, Florence and Berlin – where most of its members are from – collaborating with the important events of these cities.

The goal of IYS is to become one of the leading orchestras of Europe recognized by its young spirit, creativity and freshness on stage, as well as the professional quality it aims to provide.

This concert is generously sponsored by Quilter Cheviot Investment Management 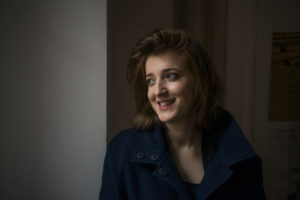 Alexandra Balog is a young pianist whose love for music is closely allied to a strong desire to make making it accessible to a wider public. This has earned her an active audience in her native Budapest where she has been giving solo and chamber music recitals from the age of thirteen.

Presently studying at the Royal Academy of Music in London under Ian Fountain she will finish her master’s degree this year. She has won the Frederick Jackson and the Margaret Kitchin Awards, and a Hungarian National Scholarship from the Ministry of Human Resources. Currently she is supported by the Countess of Munster Musical Trust, and the Royal Academy of Music’s Entrance Scholarship. She has taken part in masterclasses given by Pascal Devoyon, Christopher Elton, Yevgeny Sudbin, Ferenc Rados, Rita Wagner, Pascal Roge, Balázs Szokolay, Tatiana Sarkissova and Colin Stone.

Alexandra has garnered a number of prizes in significant competitions, notably 1st prize at the Budapest Arts Festival, 3rd prize in the Hungarian National Piano Competition for Conservatories, 3rd prize at the Piano Talents competition in Milan. 2017 was a particularly successful year for Alexandra: she won the first prize at the Béla Bartók International Piano Competition in Graz and received the special prize for the best interpreter of Bartók’s music. Her prize included a broadcast for the main Austrian radio channel, ORF.

Alexandra has recently made her debut in the Béla Bartók National Concert Hall of the Palace of Arts (MüPa), Budapest, and has already performed in concert halls such as Great Hall of the Franz Liszt Academy and the Marble Hall of the Hungarian Radio MTVA, Budapest, at the Sziget Festival’s Papageno Stage, as well as many other prestigious venues across Europe in London, Berlin, Brussels, Moscow and several Austrian cities including Vienna.

As a versatile musician, Alexandra is a keen chamber music player. She often plays with her group, the International Young Soloists, which she founded in 2015. The IYS a musical platform for highly talented young musicians, supporting them at the starting point of their careers by organising chamber music, solo and orchestral projects across Europe.

Alexandra’s aim is to establish regular and high quality jobs for the musicians in IYS and create interesting musical events of great value, spreading their enthusiastic young spirit in the joy of music across the globe.

Her creative personality and motivation led her to become the founder and artistic director of the Bozsok Music Festival in Western Hungary, an international music course and festival running since 2014. Her projects have given rise to partnerships with the Royal Academy of Music, the Hungarian Cultural Centre, London, the Jeunesse Classical and Papageno Media, the Franz Liszt Academy of Music and the Bartók Radio, Budapest. 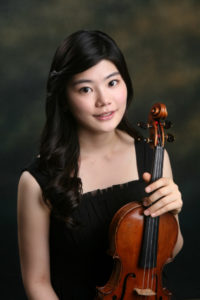 Born in 1990, South-Korean violinist Jane Kim made her first debut with the Hungarian Debrecen Philharmonic Orchestra at the age of 12. Chosen as a music prodigy in the Seoul Arts Centre in the following year, she was trained under Hong Jun Kim and continued studying with him in Seoul Arts High School.

From Seoul National University, she obtained a Bachelor of Music degree with Prof.Kyung Sun Lee, and completed her M.Mus dissertation on revealing the relations between music, language, and perception. Through researching the cognitive science of music, she started switching her musical focus from perfect technique to eliciting natural expression to engage the audience in the stories of music.

In 2016, she moved to London to expand her stylistic knowledge. While studying with Philippe Honoré at the Royal Academy of Music, she won the 1st Prize in Winifred Small competition, and the 2nd prize in Mica Comberti competition. Her enthusiasm for baroque music and historical performance led her to study baroque violin at the RAM with Nicolette Moonen. She participated in the several projects such as Bach Cantata Series at the Duke’s Hall, Handel’s Opera Acis and Galatea at the Raynham Hall, and the French Baroque music masterclass in the Rameau Academy.

Jane has appeared as a chamber musician in some of the most prestigious venues across the globe, such as the Royal Festival Hall, the Wigmore Hall in London, the Bibiena Theatre, the Olimpico Theatre, the Pieve di Sovara in Italy, the Teatro Guimera, the Auditorio Alfredo Kraus in Spain, the IBK Hall, the Hoam Art Hall in South Korea, and the Merkin Hall in New York. Her performances include playing with London Sinfonietta, the Sainsbury Royal Academy Soloists, the Mantua Chamber Orchestra, the Magec Camerata, Ensemble TUNE, the Sejong Soloists Vivaldi Ensemble, and the Korean Chamber Orchestra.

Jane currently plays on an Italian violin made by Stefano Scrampella in 1910.

Réka Adorjáni is a cellist and an enthusiastic chamber musician. She has performed in Germany, England, the Czech Republic, Hungary, Romania both as a soloist and as a chamber musician. She is also a member of the International Young Soloist Orchestra where she has participated in several projects.

Réka started playing the cello when she 11 years old at the Sigismund Toduta Music High School in Cluj-Napoca, Romania. Between 2013-2015 she further developed her musical studies in Budapest at the Béla Bartók Conservatory of Music.