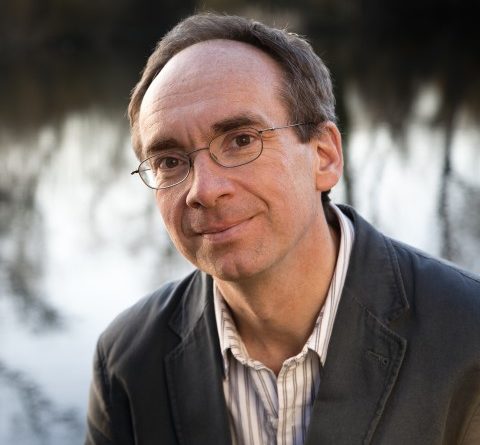 James Gilchrist is widely regarded as one of the finest tenors of his generation, and appears here with guitarist Mark Eden, international recitalist and winner of the Julian Bream Prize.

This programme of songs for voice and guitar takes the listener on an emotional journey spanning four hundred years of music.  It begins with the exquisitely beautiful repertoire of songs written in the English Renaissance expressing melancholy and grief, a tradition identified above all with the songs and lute music of John Dowland.  Alongside Dowland, the concert features his contemporary John Coprario, whose Songs of Mourning were written on the death of Prince Henry, eldest son of James I, in 1612.  Sometimes referred to as the first song cycle, they offer an intimate exploration of grief, and a desolate beauty that embodies both sorrow and its consolation.

The revival of the lute in the second half of the twentieth century inspired a new repertoire of music responding to the work of Dowland and other composers of the English Renaissance.  Ailsa Dixon (recently hailed by the British Music Society as ‘one of the many female composers missing from the history of British music in the twentieth century’) studied the lute with Diana Poulton, Dowland’s biographer and the founder of the Lute Society.  Her Songs of Faith and Joy, a set of five Biblical settings written to contrast with Coprario’s Songs of Mourning, take their inspiration from Psalm 126: ‘they that sow in tears shall reap in joy’.

“No one tells a musical story with more wonder, more delicacy than James Gilchrist’   Alexandra Coghlan, The Arts Desk

Tea and cake will be served after the concert

Our Christian community has an ethos of ‘looking up’ to God, ‘looking out’ to the world and ‘looking in’ at our own witness and living. We do this through Word and Sacrament in our worship, through helping, learning and sharing with those around us, and through seeking constantly to move forwards in our Christian journey together.