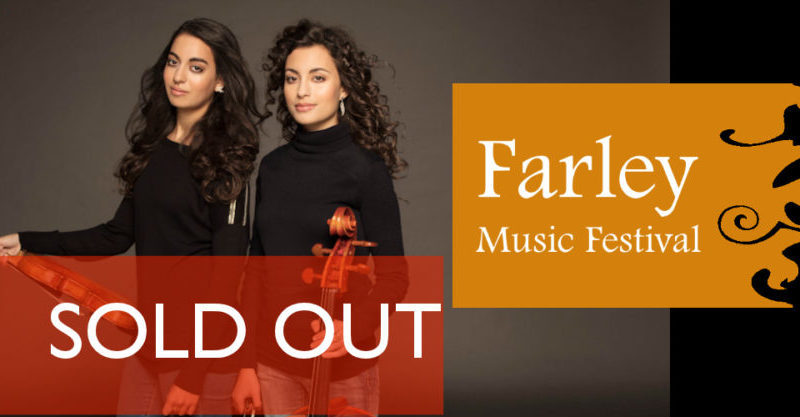 This concert is now SOLD OUT.  Tickets for concerts earlier in the week may still be available. 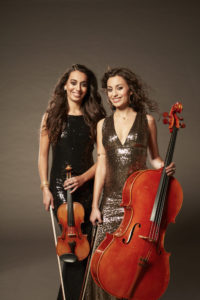 Hall, Royal Festival Hall, London Palladium, Abbey Road and the BAFTAS.  Discovered by Mark Ronson and now signed to Decca Records, their first album debuted at No.1 in the Official Classical Artist Albums Chart. The genre-defying duo will perform an international selection drawing upon their Egyptian heritage and Scottish influences with a mix of classical and popular favourites.

‘The word ‘incredible’ is overused but good grief, the Ayoub Sisters are exactly that…look out for them!’    CLASSIC FM

Since making their Royal Albert Hall debut in 2016, Scottish – Egyptian sisters Sarah and Laura Ayoub have had a meteoric start to their career.

The multi-instrumentalist sisters recorded their debut album with the Royal Philharmonic Orchestra in the world-renowned Abbey Road Studios.

The duo have performed across the UK, Europe, Middle East and Asia with highlights including appearances at the Royal Albert Hall, Royal Festival Hall, London Palladium, The Embassy of Egypt, The Cairo Opera House, touring with choirmaster Gareth Malone and a record-breaking debut in China of 13 performances in 4 days. This year the sisters performed the Egyptian National Anthem at the closing ceremony of the World Youth Forum held in Sharm el Sheikh which was attended by H.E President Abdel Fattah el-Sisi. 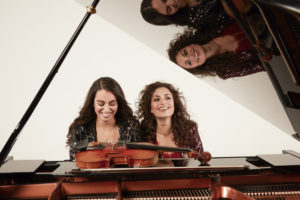 The multi-award winning sisters made their live television debut, performing their own arrangement of George Michael’s ‘Mother’s Pride’ at the BAFTAs. That single, along with each single the sisters have ever released reached the top of the iTunes chart within minutes. This year, the sisters made their BBC Proms debut performing live on BBC 1 at Proms in the Park, Glasgow.

Laura is playing on a 1810 J.Gagliano violin which is kindly loaned to her by Florian Leonhard.

‘Surely these are stars in the making’.    THE INDEPENDENT

This concert is generously sponsored by NFU Mutual Wessex